First of all, I’m just going to say please go vote tomorrow. Take advantage of the awesome privilege we have by just living in this country. And then, at the end of the day, remember this that my yoga instructor said today during class … The sun will rise and set on Wednesday no matter what happens politically or who wins. We’ll still go on living, getting up, eating, running, being friends with those who have different opinions than us. And, on Wednesday we can look forward to mailboxes and tvs vacant of political ads!

OK, so I promised a race recap in my last post. Two weekends ago, October 27, I headed up to Milwaukee to spend the weekend with my friend Heather and run the Lakefront Discovery 15K. Being near Halloween, costumes were highly suggested. Heather and I are not ones to shy away from acting a fool. We dressed up as a barmaid and a fairy princess (I swore the wings would help me run faster). 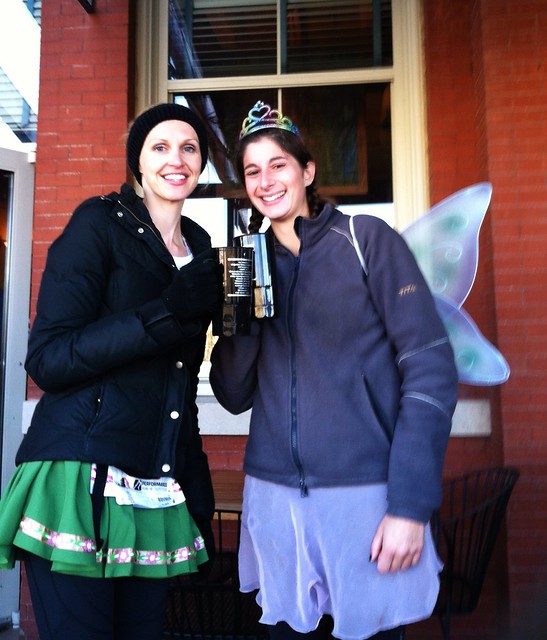 We snapped this picture post-race at the Milwaukee Ale House after party. Free beer? OK!

Before we celebrated though, we actually had to run. Ridiculous, I know. So we parked, stretched, and peed. I was convinced I needed to pee again. I’m a nervous peer before races. Now you know all about me peeing habits. Lucky you! We found a few of our Ragnar Dairy Queen teammates before the race began. (Running is like a little community! It’s making my world feel smaller!) The route started at the Italian Community Center and ran along Lake Michigan. I actually took the below picture around mile two while I was running! 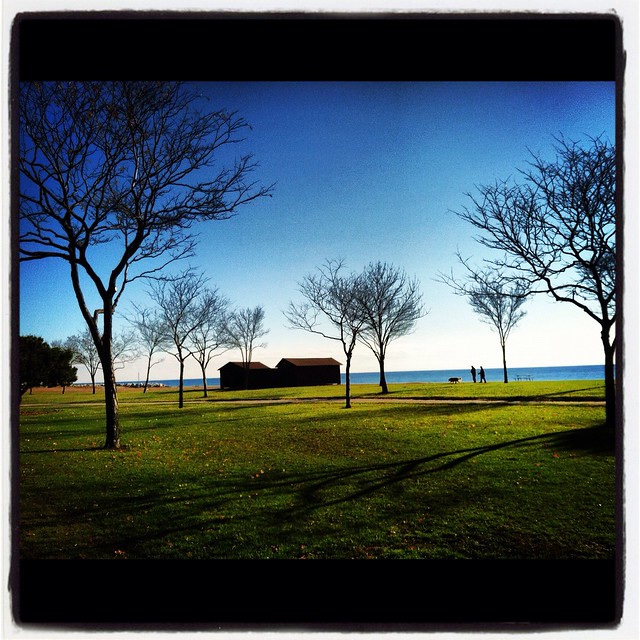 The morning turned out to be perfect in my opinion. But then I like these colder days. I despise running in the heat. So I was happy to layer up and breathe the crisp, sunny air. My goal was to run around a 9:00 or 9:15 minute/mile average. Mile one was slow … it always is until the pack spreads out and I have some room. I ran the next few miles at an 8:30 pace, keeping up with a dude who was singing loudly to the music playing in his headphones. Not that I can talk because I was silently mouthing all the words to the songs I was listening to.

Around mile 3.5 we hit a hill. I could see Heather ahead of me, and made it my goal to catch her at 4.5 miles, the halfway point, and high five her. She never slowed down up that hill (turns out she runs up it regularly on her runs). I however, did not fair as well. Happily the event photographer was camped out halfway up and snagged a great shot of me.

The wings were clearly not helping me out at this point. At least I wasn’t making a pained face yet. I promised myself that wouldn’t happen until mile 7.

So, I managed to pick it up decently to around an 8:45 until about mile 7.5. At that point I crashed hardcore, as in no more energy at all. I really need to start carrying some sort of energy gel or something for longer runs. Does anyone have any they like? I know I’m not a fan of the Cliff Bloks. Too sugary. I can usually power the last bit of a run, sprint it out. And I tried, I really tried, but when everything starts swimming in front of your eyes, you decide it may be best to not pass out and cross the finish line slowly.